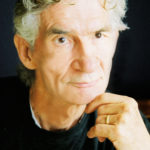 A few years ago, at the Write to Publish Conference in Wheaton, a man by the name of Cecil Murphey was conducting a workshop on book proposals. Even though I had been writing for many years, I was new to the wide world of Christian publishing, so I didn’t know Cec from Adam. But little did I know that this man would profoundly affect my writing and would become a close personal friend.

Cecil Murphey is one of the most prolific writers, having collaborated with numerous celebrities on telling their story. He has worked with Franklin Graham, Shaun Alexander, Don Piper, Ben Carson, Michael Youseff, BJ Thomas, and many others. Cecil Murphey has had 108 books published, 700 articles, and publishes 3-4 books a year. His books have appeared on the New York Times bestseller lists and are printed in numerous languages.

Cecil Murphey has had unique life experiences, as a missionary in Africa, a pastor, and a public-school teacher. But what people most love about Cecil Murphey, though, is his generous spirit. He has invested himself, both with his teaching and personal resources, to train up the next generation of Christian writers.

You can connect with Cecil Murphey here: themanbehindthewords.com

1) Before you began your full-time writing career, you served as a pastor and a missionary. Do you think those seasons of life gave you special insight into the spiritual needs of Christians?

Those past experiences shaped my life and I draw on them constantly to illustrate lessons I’ve learned. Everything that happens to a writer becomes raw material for our writing.

2) You have helped some of the biggest celebrities tell their stories. Who was your most rewarding subject?

I can narrow it down to two. First was Ben Carson for whom I wrote Gifted Hands in 1990 and a year later, Think Big. Both books are still in print. We’re now in our second generation of readers. I smile when a middle-aged woman says to me, “I read your book when I was in high school and now my son is reading it.”

The other is Don Piper, one of the nicest people with whom I’ve worked. 90 Minutes in Heaven has sold about 5 million copies in English. Besides making money for both of us, that book (and two that followed) have brought me name recognition and provided many unexpected writing opportunities. I’m now able to write more of my own books on issues about which I’m passionate.

3) For many years you have given back to help emerging writers tell their stories. What has motivated you to invest so much?

About a year after I began to sell my writing, I asked two professional writers—whom I knew well—for help. Both declined and I was disappointed, even though I understood how busy they were. As a result of their unwillingness to help, I made a double commitment to God. I promised God I wouldn’t stop learning the craft and that I would do whatever I could to help other writers.

I’ve honored my promise and God has given me many opportunities to help other writers.

4) A few years ago you experienced an incredible tragedy. I remember reading your email and weeping at the depth of your faith in God. How did you and your family cope with these losses and what did it tell you about God?

In 2007, fire destroyed our house and our son-in-law died before he could get out. As I waited for the fire trucks, the first words that tumbled out of my mouth were, “Who am I to think that I should be immune?” And I was at peace.

Within an hour, my best friend arrived and hugged me. “God has been preparing me for this,” I said. Again, those weren’t words I’d pondered; they came spontaneously. And God had prepared me.

For example, one time in Africa I was beaten by a group of young men, who tried to kill me. Another time, armed robbers broke into our isolated house. God delivered me both times. More than ever before, I became aware of God’s faithfulness to comfort and to encourage.

5) You’ve recently begun to reach out to male victims of sexual abuse. Why are you so passionate about this cause?

I was sexually abused as a child, first by a female relative and later by a man who rented a room from my parents. I didn’t know how to talk about it and wasn’t sure anyone cared. I was 52 years old before I was able to face my abuse.

It’s not only the abuse, but even more painful is the lasting effect. For instance, trust is a big issue with abused kids. Some trust nobody, others trust everybody. I vacillated between the two.

It took about ten years before I could say I no longer felt the pain of the abuse. Because of my painful path, I wanted to tell my story (that’s what writers do) and to help other hurting men.

After I wrote the book, it took me six years to find a publisher. They said either “There’s not a big enough market” or “It needs to be published, but we can’t do it.”

When Steve Barclift of Kegel Books asked me to write a book for them, I said I had one but they probably wouldn’t publish it. When I told him what it was, he said, “Maybe we can publish it.” This month When a Man You Love Was Abused came off the press.

If any of your readers want to contact me, I’ll respond or they can go to my blog, www.menshatteringthesilence.blogspot.com. If they wish, they can post anonymously.