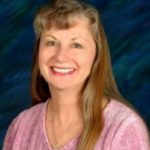 Kathi Macias is a great friend and a fellow New Hope author. She is a prolific author, having written nearly 30 books and ghost-written numerous others. She has taught and coached writers at conferences around the country is an in-demand public speaker at women’s conferences.

My wife is actually reading [amazon ASIN=”1596692049″]How to Keep a Tight Ship When You’re Surrounded by Loose Cannons[/amazon], which she says has already provided her with a lot of laughs and much inspiration for raising our three children.

1) You’ve been writing and speaking for a long time–what first stirred in your heart the passion to put words on paper?

I can’t remember a time when I didn’t want to write. I was reading before I started kindergarten and just seemed to have an ongoing love affair with words. When my husband, Al, (then boyfriend) and I were walking home from school one day in junior high I announced to him that I was going to be a writer some day. He often comments that I’m probably the only person he knows who knew what I wanted to be when I grew up—and did it!

2) You’ve helped New Hope Publishers launch their first fiction line. You guys are doing something a bit different with it. What exactly is “missional fiction?”

“Missional fiction,” or “fiction with a mission,” is just that: fictional stories based on true stories of those whose lives are dedicated to fulfilling the Great Commission and going into all the world to preach the gospel and make disciples. The stories are based not only on foreign missionaries but also on nationals, all of whom are challenged at some point in their faith—possibly even to the point of laying down their lives. Ultimately, though, we hope to challenge readers to move into that same level of faith. Of course, not all the series that will be included in this “fiction with a mission” line will be about missionaries, but all will have a greater mission of educating and challenging readers to a deeper level of faith and a more vibrant love-relationship with the Father.

3) [amazon ASIN=”1596692774″]No Greater Love[/amazon] weaves a story of romance into the epic story of Nelson Mandela, apartheid, and South Africa. What drew you to this story?

This story was originally birthed in my heart more than twenty years ago, as I watched the violence and upheaval in South Africa, preceding the release of Nelson Mandela from prison and the downfall of Apartheid. I couldn’t help but wonder how it was affecting believers in that country and how it might eventually affect us in other countries as well. The nugget of an idea—an interracial, forbidden romance—sparked the story, though it sat on the back burner for many years before I sensed God releasing me to move forward with it. By that time my vision for the story had grown to include believers in other countries around the world—hence, the Extreme Devotion series of four books, rather than a stand-alone book as I had originally anticipated. (God’s plans and timing are always so much better than our own!)

4) [amazon ASIN=”1596692839″]More Than Conquerors[/amazon] is set in the violence of Mexico’s drug wars. This is an especially relevant given the increasing attention given to what is happening there. What surprised you the most about what is going on there?

Not only does More than Conquerors delve into the violence of the Mexican drug wars, but it encompasses the superstition of the Mayan culture in the Southern portions of Mexico as well—San Juan Chamula in Chiapas State in particular. We hear so much about the illegal immigration problem in our country, about the violence of the drug wars spilling over across the border, and also the human trafficking that is interwoven with so much of these problems. But we seldom hear of the extreme devotion of those in Mexico who love and serve God under some very harsh and dangerous conditions, and who treasure family second only to their relationship to Christ. That’s the part of Mexico I wanted to bring to life in More than Conquerors.

5) If you could give one piece of advice to young, emerging, writers, what would that be?

Spend time with God, discovering and developing your own calling and passion for ministry, and then let that focus birth the words and stories you write. It’s too easy to jump on someone else’s bandwagon, only to discover it’s already full and straining at the seams. You don’t need to adopt someone else’s vision; God has one tailor-made just for you. Seek Him first—and He will be faithful to reveal it to you. And then be patient until He moves you forward in the fullness of His time.