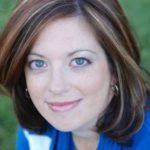 I can’t think of a more important and yet over-looked ministry field than to encourage and mentor the wives of American service men and women. Long deployments, the risk of the battlefield, and the constant moving from city to city. Most Americans are aware of the need to honor and care for our brave soldiers, but few think of the toll their service takes on the families they often have to leave behind.

That’s why I’m glad my good friend, Sara Horn, has stopped by the blog today.  Sara has a wonderful ministry to military wives, Wives of Faith. She is a prolific writer, who has teamed with Oliver North to share the stories of faith among the soldiers of Operation Iraqi Freedom. He has personally interviewed soldiers on the front lines and her work has been featured in a variety of evangelical publications. Most importantly, she is a military wife herself.

I’ve known Sara through Christian publishing circles and have admired her unique desire to encourage, mentor, and evangelize the woman who willingly sacrifice their men for the good of our country. Her latest project is God Strong, The Military Wife’s Spiritual Survival Guide.

How did you get involved in journalism and writing? Was it something you always aspired to?

I’ll give you the short version. I’ve always loved writing but music was my first love and what I majored in college. God definitely had something different in mind, though! I got married after my sophomore year and took a couple of years off, working at a Christian radio station where I had the opportunity to do a little bit of everything, including serve on the sales team. I hated everything about sales except getting to create and write commercials. After my husband and I came back to finish school, I started working as a student worker in the university relations office at Union University in Jackson, TN. Two months after I started, the news director left and for six months, I filled in while they looked for someone else to hire. The same week I was offered a position at a local voice studio which I felt God was telling me to turn down was also the week I felt Him prompting me to apply for the news director position. I was hired by the university two days later. That job gave me some incredible experiences and a great foundation as a writer.

You spent time over in Iraq covering the Iraq War for Baptist Press. What was that experience like and how did it change your life?

That experience changed my life. At the time, I was a corporate staff writer for LifeWay Christian Resources and covered topics like products and book reviews and retail news. I had expected to continue to do that for many years to come, But taking those two trips to the Middle East changed everything. From a personal standpoint, I started to better understand what it was my Navy Reservist husband did as a member of our Armed Forces. I interviewed men and women, many who were younger than me (and I wasn’t that old at the time) who were serving in harm’s way and making sacrifices for the greater good of everyone. I spoke with Christian Iraqis and sat in on their worship services and see how much less they had by material standards than churches in the States but how much their faith and hope in Christ exceeded the hope and faith I knew of a lot of Christians back home. Being able to tell those stories and hear the responses from folks who read them was extremely rewarding. And I had my own personal experiences during those trips of seeing what it really meant to trust and see God in control (like receiving the passport I needed five minutes before our flight was scheduled to leave!).

You collaborated with Oliver North to share the stories of faith that emerged from the Iraq War. What was that experience like?

Collaborations are always interesting. I’ve been a collaborator for four or five different authors now, and none of them have ever been done the same way. I met Ollie twice during the time of writing A Greater Freedom. The first was when my photographer, Jim Veneman, and I ran into him in the Kuwait airport on the way back from our second trip to Iraq. He was working for Fox News, reporting from northern Iraq while we were coming back in Baghdad. The second time was at the booksigning we did on board the USS Truman which was the location of the first half of stories in the book. Most of the rest of my interactions with him was done through the editor.

In 2006 you launched a ministry for military wives. Explain the unique needs of these women and how you’re ministry helps to meet them.

At the end of 2006, my husband was preparing to leave for his first deployment to Iraq. We lived in Nashville at the time, four hours from where he drilled with his det in Millington, TN. I knew I would not have much of a chance to get to know the other wives but I also knew how important it would be that I had others to talk with who might understand. An Army wife whose husband was deployed for his second time contacted me after seeing a newspaper article about me and we got together for lunch and had such a great time connecting that we wondered if other military wives in Nashville might benefit from getting together. That’s how Wives of Faith got started and we now have four groups with several more starting this fall around the country.

It’s not normal for a wife to be without her husband for a year or more, but that is the reality that our military wives face today. Deployments bring enormous challenges to military families and spouses who are at home can struggle with a lot, from just keeping the normal routines of a household going, to helping her children and herself cope with the tough emotions of being without their loved one who isn’t just away, but away in a war zone. Wives of Faith has local groups but we also have a website and through both we communicate positive spiritual support and encouragement. Our mission is to encourage military wives to grow spiritually because we know that our only real hope is in Jesus and that when we have that relationship right, everything else we deal with can be overcome with God’s help. I would love to invite you to visit our site at www.wivesoffaith.org. and see what we’re doing! Summer time and PCS season is here so a lot of our contributors are on a break but we’re looking forward to doing some revisions to the site this summer and offering some new curriculum and content for our local groups beginning in the fall.

So glad you asked this question! If there is one thing churches can do to help military wives and their families, it’s TAKE INITIATIVE. Don’t ask and expect wives going through deployments to let you know when they need help – most of them won’t. Organize small groups to bring over a meal once a week or a few times a month so she can have a break from cooking. When you send care packages to her husband, don’t forget to put a little one together for her (chocolate is always appreciated!). Offer to help watch her kids for a couple of hours a week so she can do whatever she wants, even if it’s just to take a nap. Organize your men’s ministry to mow her yard once a week during the summer and to help if she has something that breaks or breaks down. Be sensitive to couple-only type events; holiday fellowships can be the hardest for military wives who can easily feel out of place. Make a point to call and make sure she’s coming and offer to pick her up so she feels part of the group and not the spouseless one.