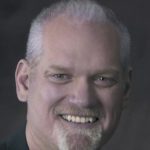 Our family is taking some needed time off for a couple of weeks. So between June 24th – July 8th, I’m reposting some classic Friday Five interviews. This interview with my friend, Jerry Jenksin originally posted on June 4th, 2010:

Does Jerry Jenkins really need an introduction? Jerry is one of the most successful, celebrated Christian writers of all time. He is the author of over 175 books, including the 70 million selling Left Behind series. He is the former editor of Moody Magazine and is now the Chairman of the Board of Moody Bible Institute. He has been interviewed on The Today Show, Good Morning America, CNN, and other news outlets. Along with Dr. Tim LaHaye, he was featured on the cover of Newsweek. He is the owner of Jenkins Entertainment, which produces Hollywood-quality movies with a Christian worldview. His latest project is a new series with Dr. LaHaye, [amazon ASIN=”0399156216″]The Jesus Chronicles[/amazon], which explore life during the time of Christ.

From a personal perspective, I’ve always admired Jerry Jenkins. Back before he reached Left Behind fame, I was reading Dallas O’Neil and the Baker Street Sports Club and the Gil Thorpe comic strip in The Chicago Tribune. I had the opportunity to meet Jerry several years ago at a book signing and was impressed by his humility and grace. Recently I read his novel, [amazon ASIN=”1414309198″]Riven[/amazon], and was powerfully moved by the story. Its a privilege to interview him here on Friday Five.

1) Jerry, you have experienced profound success as a writer, but I think most people who know you are struck by your humility and grace, even as “famous person.” What do you attribute that to?

I think it’s important to remind ourselves who we are in Christ and who we’re not in ourselves. One of Jesus’ most attractive qualities was humility. If the creator of the universe shows humility, who are we to dream of doing otherwise?

2) I remember hearing you speak and talk about the opportunity to work on Billy Graham’s life story in Just As I Am. You even postponed work on the Left Behind Series to work this Dr. Graham. What was the one lesson you learned in your time with him?

Humility is also a trademark of his. And he prays without ceasing and searches the Scriptures daily. A tough act to follow.

3) Our mutual friend, Pastor Bill Swanger, highly recommends your book on marriage, Hedges. Why is it so important, in your view, for Christians to set up boundaries and accountability structures in their marriages?

Our marriages are supposed to be pictures of Christ’s love for the church and His ultimate fidelity. It’s a shame that today the record of bad marriages, adultery, and divorce is nearly as bad as the world’s. We must get a handle on this.

4) I was powerfully moved by your recent novel Riven in ways that I haven’t before. What was the inspiration behind this book?

I attended a Christian retreat at a Catholic retreat center more than 20 years ago and for the first time really studied a crucifix on the wall. I was struck that our Catholic friends do not try to soften the horror of the crucifixion. It was haunting to see the blood, the wounds, the riven side, the thorns, the nail, the protruding ribs. That image stayed with me and made me wonder what might happen if someone chose that method of death for their own execution.

5) You have invested in writers through The Christian Writer’s Guild. What is one piece of advice you would give to aspiring young writers?

Too many beginners want to start their career with a book. That’s like starting one’s education at 5 years old in graduate school. Start slow and small, learn the craft, hone your skills.