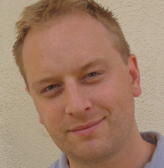 Drew Dyck is the author of Generation Ex-Christian (Moody, 2010). He has served in a variety of ministry roles. He currently works for Christianity Today International as the managing editor of Leadership Journal. Prior to this, Drew was the editor of New Man magazine.

1) Generation Ex-Christian is among quite a few books in the last few years sounding the alarm about faith in the next generation. What makes your book different?

I’m thrilled by the interest this topic is getting. Each book has had a slightly different approach. Some are written by youth and campus pastors who are witnessing the problem firsthand. Others are from academics providing research on the religious beliefs and practices of the next generation. I drew upon the studies out there, but I approached the issue as a journalist. I saddened by watching some of my friends walk away from the faith, but I was also curious. What makes someone who grows up in the church, and seems to love Jesus, leave it all behind? So I sought out people who had rejected the faith and had in-depth conversations with them about their decisions. The stories were difficult to hear at times, but incredibly eye-opening.

2) I’m curious what you think of the analysis by Bradley Wright, whose research suggests that some of more alarming stats about the church may not be completely accurate, that perhaps the problem is something every generation faces?

Brad is a friend, and I have a ton of respect for him. I think he’s provided a helpful corrective to some of the more hysterical claims that we’re going to completely lose an entire generation. But I’m afraid I don’t share his sunny outlook. He points out that the baby boomers dropped out of church in young adulthood and many of them have returned. From what I can tell he’s assuming history will repeat itself. I’m not so sure it will. There are three things that make this generation different.  First, young adults today are dropping religion at a greater rate than young adults of yesteryear, “five to six times the historic rate,” according to sociologists David Putnam and Robert Campbell. Second, young adulthood is not what it used to be—it’s much longer. Marriage, career, children—the primary sociological forces that drive adults back to religious commitment—are now delayed until the late 20s, even into the 30s. Returning to the fold after a two- or three-year hiatus is one thing. Coming back after more than a decade is considerably more unlikely. Third, there’s been a shift in the culture. Past generations may have rebelled for a season, but they still inhabited a predominantly Judeo-Christian culture. For those reared in pluralistic, post-Christian America, the cultural gravity that has pulled previous generations back to the faith has weakened. So I’m not banking on an automatic return. I think it’s a scandal that these young adults are adrift spiritually and missing from our churches. I love the members of this generation and long to see them return. They need God. And we need them!

3) In your view, how much of the leaving is the problem of the church and its culture and how much is pure rebellion on the part of young people?

In my book I identify six kinds of “leavers.” One of those categories is “Rebels.” These are people who don’t have intellectual hang-ups about Christianity; they leave because they want to indulge in sinful behavior. As some have said, they change their creed to match their conduct. A couple of the twentysomethings I interviewed were actually honest enough to admit that was the reason they left. But I’m convinced that there are others who hide behind doubt and skepticism when the real problem is more about the heart than the head. There was a second kind of rebel I encountered, a “spiritual rebel.” These are the young adults who place a high premium on autonomy and don’t want anyone—especially a superintending deity—telling them what to do. I had one young lady who said that even if Jesus appeared to her in a vision, she wouldn’t follow him. “I’d rather burn in hell” she told me. In a case like that, intellectual doubt isn’t the issue. It’s just naked defiance, a heart-level rejection of divine authority. But I’m also careful to point out that there are a lot of young people who have walked away from the church and even the faith who do have honest intellectual doubts. At some point they expressed those doubts, but they were shut down or given unsatisfying answers. I advise Christians who have a loved one who has walked away to do a little detect work, find out why that person has left, before trying to help lead them back. Often the forces that push people away from the faith then serve as the barriers that prevent their return. You want to make sure you specifically address the concerns they have.

4) Youth ministry has never been more relevant, cutting edge, and cool and yet it seems we are the least effective. Are kids looking for less flash and more substance and how should the Church manage that tension?

This is one area where we’ve definitely dropped the ball. Often the goal for youth groups is attracting large numbers of kids and keeping them entertained. As a result, many youth ministries are practically devoid of any spiritual engagement. Some have been reduced to using violent video game parties to lure students through their church doors on Friday nights. Church researcher Ed Stetzer describes most youth groups as “holding tanks with pizza.” Of course there’s nothing wrong with video games and pizza, but they’re tragic replacements for discipleship and Bible teaching. I think what we’ve done is expose young people to a superficial form of Christianity that effectively inoculates them against authentic faith. Youth ministries need to shift the emphasis away from an entertainment model and back to biblical education and spiritual growth. I know that’s easier said than done because I was a youth pastor. But we have to find ways to foster deeper faith in our young people or we’ll continue to lose them once they age-out of youth group. I don’t want to let parents off the hook either. They’re the primary faith influencers. This mentality that you can drop off your kids on a Friday night and let “the professionals” make them into good Christians is a destructive fantasy.

5) What is one piece of advice you’d give to earnest parents, youth pastors, pastors, and other influencers of young people who want to see their faith passed along in the next generation?

First I tell them, when it comes to this issue an ounce of prevention really is worth a pound of cure. Far easier to help kids build a sustainable faith before they graduate High School than to reel them back after they’ve grown up and walked away. But even for those who have left, there’s hope. In dealing with them you want to avoid extreme reactions. Don’t freak out and clobber them with Bible verses or homespun sermons. On the other hand don’t freeze in a defensive crouch and fail to engage at all. Have that direct conversation with them. Ask, “Where are you at spiritually?” and listen carefully to their response. And don’t try and win them back in one night. Build the relationship and keep the lines of communication open. At some point they will have a moment of vulnerability, of heightened receptivity to spiritual reality. When they do, you want to be that trusted person they call on.