Within the church of the living God, we must become excited about the gospel.  That’s how we pass on our heritage

If you want to impress the woman you love and happening to be traveling through the northwest suburbs of Chicago, my advice to you is to spend a significant amount of time in the quaint village of Long Grove and its famous Confectionary. This niche candy shop is a must-stop for those who live and visit the Midwest. I know because my wife considers chocolate as important as oxygen and I consider my wife as important to me as breathing. Those two factors have kept me visiting and browsing the Confectionary’s many aisles of cocoa creations.

Interestingly, it wasn’t my wife’s longings that first acquainted me with this tiny slice of chocolate heaven. When I was around six years old, my father, a licensed plumber, was contracted to work at the Long Grove Confectionary as part of the team that built and installed the chocolate pipelines. I remember him coming home every day with large boxes filled with “bricks” of chocolate. We had a supply of chocolate in the house that looked like it would last until Lord returned. Or at least until the next church potluck.

Dad regaled us with stories of working at the plant. I found most interesting the intricate work involved in building a complex chocolate-making system. Dad and his crew created the chocolate channels with threaded steel. When they were finished, however, they didn’t flush the system with the usual mix of water and bleach. Instead, they pumped piping hot cocoa through the lines. The highly secretive chocolate recipe was so precisely engineered that any water that hung up in the lines could alter the formula. They would rather waste several batches of chocolate than risk diluting their recipe.

This is a story I think of often when I contemplate the difficult task of passing the gift of faith from my generation to the next. I wonder if we stop long enough to consider the purity of the faith send through the parenting pipeline. Are there any impurities that might dilute or even pollute the Bible’s central message?

What Do We Believe Anyways?

Jay Leno’s “Jaywalking” is one of my guilty entertainment pleasures. It’s interesting to see how people answer seemingly easy questions about life and history and current events. Perhaps it is a way to feel better about myself, because surely I could ace such an easy quiz.

Some of this can be chalked up to our culture’s warped sense of our faith or perhaps a skewed portrayal of Christians by the media. But I wonder if much of the blame can be laid to rest on the Christian community itself. Perhaps we’ve not been as clear about defining our faith. What is the big story of the Bible?

But even more important than articulating our faith in the broader culture is how we articulate our faith to ourselves, to the generation that now sits at our feet, the children we teach who will one day form the pillars of our culture.

What is it that we are passing down to our children? I wonder if we have cluttered up the gospel’s central message with good, but not ultimate things, such as our methodologies, our systems, our denominations.

And perhaps we don’t even know we’re doing this. I think of the steaming hot mix of chocolate coursing through the steel pipes at the Long Grove Confectionary. 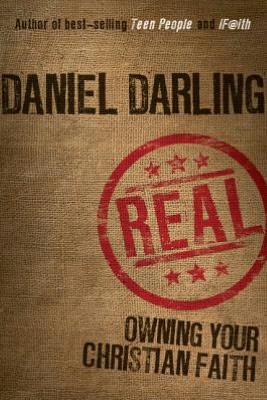 Imagine, for a moment, if the proprietors of this chocolate shop weren’t as rigid in their guarding of the recipe. they pushed bleach and water instead of chocolate through those new pipes? What if they were careless about what they sent on as finished product, thinking, a little water or pipe residue won’t be noticed.What if

I’m guessing that little confectionary would cease to be one of the most visited places in the Chicagoland area. Retailers would probably stop filling their shelves with Long Grove creations. And the chocolate factory would probably close its doors.

Since chocolate is the lifeblood of their business, they guard the formula with critical care. And so it should be with the faith we stream from one generation to another. We have the recipe for life eternal—the gospel message. Jesus was both God and man who came to earth in love, bore the wrath of a holy God, rose from the dead and now offers new life.

It’s a simple message with profound implications. But for some reason, we think we have to clutter it up with good, but not ultimate, things. And we wonder why the next generation tastes what we’re offering and pitches it. We think they’re rejecting the gospel, but it could be that they’re simply rejecting the impurities we’ve attached to it.

Excerpted with permission from Real, Owning Your Christian Faith

Posted in REAL
FREE Resource: How to Read the News