You May Have Something that Michael Jordan Doesn’t 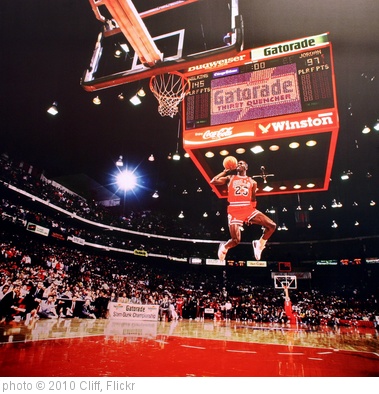 Over the weekend, I stopped what I was doing to read this brilliant ESPN piece on Michael Jordan by Wright Thompson. The article, a transparent window into the soul of this great athlete, left me a bit sad for Michael.

You have to understand that I grew up in Chicago during the apex of Jordan’s athletic career. To this young boy, Michael defined sports and life in many ways. I had the privilege of playing on the basketball team at our little Christian school. I am not athletic, but for several years basketball was the air I breathed. In our world, there was no other sport.

You have to understand that in Chicago, this sport was not always popular. My grandfather told me of getting seats at the old Chicago stadium close to the floor. Before Jordan, these were seats you couldn’t give away. The stadium during Bulls cames was empty and cavernous. Chicago is largely a Cubs town and a Bears town. (Sorry Sox fans, but this is truth.)

Jordan transcended sports. His exploits seemed superhuman. He could take off from the free throw line and dunk. He had a 48 inch vertical. He stayed up in the air longer than the other guys. He could score at will. And you didn’t want to get him mad because he’d get even with you by torching you for 50 pts (ask New York Knick fans).

Our whole family were rapid Bull’s fans. I remember fondly spending game nights at my grandparent’s condo. The ladies would sit in the living room and the guys would spend the night in the den, not only watching the Bulls, but breaking down every play. Sometimes the post-game chatter was more fun than the actual game. Even my mom was into it. I remember the time we wanted to see the Bull’s play, but couldn’t get tickets at the United Center. So we travelled up to Milwaukee’s Bradley Center and scalped tickets from a guy on the street. My mom was the one who negotiated the price, telling the guy, “C’mon, I’ve got three kids in the car, they are crying. Can you help us out here?”

And I still have, in my parent’s house, video tapes of the first Finals series against the Lakers. In Chicago, we followed Jordan’s every move. We knew his life story. We cried when his father, James, was found murdered at a North Carolina truck stop. We forgave him when he left basketball to fulfill a childhood fantasy to play baseball for the White Sox. And when he faxed the media a two word statement: “I’m back,” all of Chicago stopped and pumped their fists.

That’s why it’s kind of unsettling for us to see Michael at 50 years old. That competitive spirit that fueled his passion for excellence at the game seems to have no outlet. I don’t know if there is a pinnacle higher than the one Michael Jordan has reached. Blessed with the rare combination of gifts and drive, rewarded with billions of dollars, served by a coterie of capable staff, Jordan is, for all intents and purposes, on the top of the world.

And yet, having conquered all, Jordan seems restless. A wanderer. The same gnawing drive that compelled him to punish his body and will himself to the top now haunts him. There are no more rungs to climb. No more battles to fight. No more victories to achieve.

I want to tread lightly here, because I don’t know the state of Michael Jordan’s soul. But viewing Michael from afar, it seems to me that the one thing the world’s greatest athlete doesn’t have, but desperately wants is something even the poorest follower of Jesus has: peace with God. I don’t want to be crass here. I’m not saying that all Christians are always happy all the time. The same afflictions that torment the world torment God’s people: depression, anxiety, temptation, idolatry.

And yet it strikes me that you can gain the whole world as Michael has done and yet not find peace for your own soul. All my life people have wanted to be Michael Jordan. Who wouldn’t trade places with him? The talent, the endorsements, the money, the fame. And yet . . . if you know Jesus Christ, you might have something Michael Jordan has searched his whole life for. You have, through Christ’s sacrifice and resurrection, something that often eludes the famous and rich. You have peace with God, which gives you the peace of God.

This is not to say ambition is inherently, always empty. Sometimes Christians act as if striving for excellence in your profession is somehow sinful. It is not. The pursuit of success can be a testament to the Creator. But success as a single-minded pursuit, as an object of worship, becomes a tormentor, a soul-eating monster when severed from its proper intent: to glorify the Creator who gives these good gifts. Success is a lousy idol. It promises peace, but ultimately fails to satiate the soul. It leaves you spiritually hungry, wanting, and raw.

Again, I don’t know the state of Michael Jordan’s soul. I don’t know if he is a Christian who has been alienated from his Savior or if he’s a lost man desperately searching for his way home. If Jordan is a Christian, I pray he embraces repentance and faith and again places Jesus at the center of his affections. If he is not a believer, I pray he finds Christ and thus, the only deity worth his worship.

For Michael fans like me, his life is a cautionary tale. It reminds us that those things for which we so desperately grasp cannot ever, ultimately, satisfy the deepest longings in our soul. It reminds us that if we have Jesus and Jesus has us, then we really have all we’ll ever need.

Posted in Culture, Life, Random Observations
FREE Resource: How to Read the News