Three Things to Consider Before You Hit “Send” 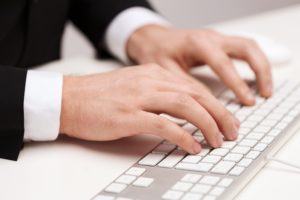 Today communication has never been easier. Most of the time this is good, allowing us to communicate good news quicker, to socialize with family and friends, and, in emergencies, get in touch with people faster. It also allows us to publish our thoughts at lightening speed. Most of the time, this is good. But not always. The ease of pressing “send” has not always brought out the best in people–even God’s people.

I’ve often said that James 1:19 has never been more relevant and never more ignored: “Know this, my beloved brothers: let every person be quick to hear, slow to speak, slow to anger.” Slow to speak sounds like an old-fashioned relic from another era. How quaint, we moderns say, to actually be “slow to speak.” Why, that blog post, that tweet, that Facebook rant must be posted. And it must be posted now or I’ll lose clicks.

Following Christ means following him even in the way we engage online. I’ll admit that if this verse from James hits anyone, it hits me first. As disciples of Jesus, we can and should do better. So here are three things we might try to consider before we hit “send” on that tweet, status update or blog:

If I’m writing about a news story or reacting to growing controversy, did I get all the facts or is my response a knee-jerk reaction? What’s more, am I believing the worst about someone with whom I disagree? Am I leveraging incomplete and sensational bad news to advance my argument? Or have I slowed down enough to read the best of the other side, process their arguments and respond with charitable disagreement? Of all things, we should be about the truth; not just the objective, orthodox body of Christian truth passed down from generation to generation. We should also be about the truth in every situation, even the truth about those with whom we most vociferously disagree.

One of the things you learn in seminary, at least from the best scholars, is to present the other side’s argument so well, so accurately, that he could recognize it. We ought to do that with our online discussions. But this takes a bit of work, it might mean not writing that blog post and not reacting so quickly to breaking news. Thankfully, Christians have the freedom to not be controlled by their passions, but by the Spirit of God (Gal. 5:22-23).

A neglected part of the truth is resisting caricatures and stereotypes. It is so easy to simply tag an entire group or tribe, with whom we disagree, as the problem or the enemy. In reality, there are diverse views in every denomination, association and network. I always cringe when I see lazy generalizations of networks to which I belong, because I know how wrong they often are. I’m guessing that same reaction happens when I carelessly do this to others.

2. Did I obey this oft-neglected verse?

Jesus said we were to be known by our love for each other (John 13:35). We have a strange way of showing love. Now, to be clear, this doesn’t mean there is no room for substantive, even sharp disagreement. Jesus isn’t speaking to his disciples about a kind of fuzzy, touchy-feely love that’s all unicorns and no weight. Paul, at times, showed love by sharply rebuking those in error (1 Cor. 4:21).

And yet, when writing to Christians about the Church, we should do as Paul did: always with a heart of love. And I’m not just talking about loving the people with whom we agree, who are in our tribe, but we should love Christ’s church. Some of the rants, blogs and tweets I read from Christians reflect such a near-hatred for the body, the bride, for whom Christ shed his blood. We forget that Jesus loves the Church (Eph. 5:25). Even though the Church disappoints, sins and fails, Jesus still loves the Church. When writing, posting and speaking, everything we say about Christians, to Christians, should at least reflect this reality. Sometimes we must defend the truth against error, sometimes we must stand against brothers and sisters for the sake of the gospel, sometimes we have to do and say things that are unpopular. Even so, in all of that, we should do it with tears, with reluctance and with a kind of heartbroken love for the Church.

3. Did we envision the real person we are criticizing?

There are a lot of things we say behind a keyboard that we’d never say to someone in person. That’s because there is something about speaking to a flesh and blood person, measuring the reaction in their eyes and face, and weighing its effect on the heart. But keyboards and touch-screens reduce our communication by a dimension. You can’t convey tone in a blog post, tweet or a Facebook rant. This is why, even in an age of email, text and phone, some things are best said in person.

So when we go off on a rant against a particular group of people with whom we disagree, we should first envision an actual person. Perhaps it’s a friend, a relative or a coworker. If they read what we just wrote, how would it make them feel? Would they at least know, despite our disagreements, that we love and care for them? Would they think we were fair to them? Would they feel we took gratuitous shots?

Digital communication is a helpful tool, in many ways. But it can also remove the personal touch, the layer of one-to-one relationships of community. We’d do well to remember, as Tim Challies says, that “pixels are people.” That person with whom we disagree is not an avatar,  an entity or a static head-shot. He or she is a person created in the image of God and deserves respect.

Posted in 5 Things, Leadership, Politics and Culture
FREE Resource: How to Read the News