On Losing a Close Friend 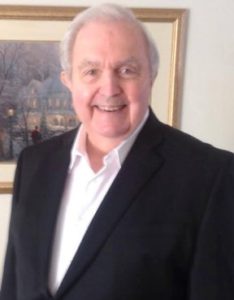 I just found out that my close friend and mentor, Bill Swanger, went to be with the Lord this morning at around 6:00 am. It’s really hard to put into words how much I loved Bill and how much he helped me in my ministry and in growing as a husband and father.

I met Bill almost by chance. In 2007, I accepted a volunteer position as a youth pastor at Gages Lake Bible Church, a small church in the northwest suburbs of Chicago. The church was in a transition. It’s last -full-time pastor had retired a few years earlier and the last interim pastor left to go to the mission field. Bill was a retired pastor who was close friends with one of the key families at GLBC. This was a season of interim pastorates for him and so he agreed to serve.

I really didn’t have to get to know Bill. My instructions were to simply see what I could do with a floundering youth group, to help give a small church a ministry for some of its young people. But I had the idea that it might not be a bad idea to meet the interim senior pastor and see where we could work together. So I got his email and we agreed to meet at one of his favorite fast-food places: Burger King.

I was also in a period of transition myself, rethinking my ministry philosophy and theological positions. I was looking for mentors, leaders who could show me a better style of leadership than I had experienced. What I didn’t know was that my lunch date with this man I didn’t know would be used by God to dramatically shape my life and ministry.

I saw something in Bill that was refreshing. He was a pastor really took the idea of pastoring seriously, but didn’t take himself too seriously. He was gentle, kind, and wanting to teach young guys like me about ministry. I had always questioned my leadership abilities only because I was never the kind of frenetic, Type-A type guy I thought I had to be. Meeting Bill, whose personality was much like mine, gave me the confidence to know God could use me with the gifts He gave me.

Bill and I quickly became good friends. What’s more, he looked at me and told me that I could be a good pastor. He encouraged the church at Gages Lake to pursue me for the senior pastorate, even though I was young and unproven. He also coached me on pastoral ministry, sharing me things that I’d never heard or seen.

Early in my pastorate, there were several confrontations that he helped me to navigate. Actually, he saved me from myself more times than not. I can’t remember how many times he would say, over the phone, “You can’t say things that way.” or “Here’s how you need to handle this.” or “Here’s what I would say.” Any time I encountered something difficult in the ministry, I would call him up and ask him what to do. Any time I had a critical decision to make, Bill was my first counsel.

Bill navigated me through many crises, both in my family, professionally, and in other areas. When my character and leadership were attached once, it was Bill who stood up beside me and with me, who assured me that this was part of leadership and that God would get me through it. I distinctly remember one afternoon when I was completely and totally discouraged. My wife was out of town with the kids and I had just been unfairly attacked. I remember eating dinner with Bill and his wife, Donna on their porch and being loved and cared for by them.

He was unafraid to share from his own failures and successes, sharing rich detail about so much of his life and ministry. I relished our regular, early morning breakfasts. He told me his story of finding Christ through the ministry of Billy Graham and his calling into ministry, first enrolling at Moody Bible Institute in the 1950’s and meeting his wife Donna there. He shared insights from his pastorates. In the last part of his ministry career, Bill become somewhat of a specialist for hurting churches. He would come in and serve as an interim, healing divisions, preaching the Word, and setting them up for their next season in life. He was a master at this. He could diffuse tensions and bring peace where few could. And he tried his best to teach me to lead like this as well.

Bill was also so proud of me. Every time I got published somewhere. Every book, every media interview, every accomplishment–he cheered me on.

In early August, we heard about Bill’s diagnosis of esophageal cancer. I was shocked and stunned, really. Bill was in his early eighties, but was as healthy as someone half his age. You didn’t even think he was eighty years old. I wasn’t sure how much longer Bill had, but I knew I had to see him. I’m so thankful that I had a chance to visit him last week, to hear him whisper to me, from his hospital bed, “I love you. I’m so proud of you.”

Bill was a man of grit and grace, a kind soul, who loved Jesus, love the Word of God and was especially gifted at mentoring and teaching.

I will always miss this man, Bill Swanger. I know Heaven is richer, though, because of his presence.

A profile in Decision Magazine (published by Billy Graham Association)

My article about him for Leadership Journal

Posted in Leadership, Life
FREE Resource: How to Read the News