This year I’m starting an occasional series of interviews with editors. I’ve had the privilege of knowing, writing for, and learning from many fantastic editors in my writing career. In my view, good writers are good because they have good editors. Today I interview Marvin Olasky.

I’ve been reading World Magazine for almost two decades and have been reading Marvin Olasky’s work at least that long. Marvin is the editor-in-chief of World. He is the distinguished chair of journalism and public policy at Patrick Henry college. Marvin has also trained and mentored hundreds of journalists. 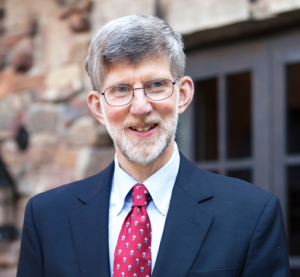 Marvin Olasky: My lifelong internal call has been to be a second baseman on the Boston Red Sox. I haven’t received an external call, though, which makes sense since my 6th grade baseball coach cut me from the team.

What first interested me in words was letters: As a very small child I received the applause of aunts and uncles for being able to recite the alphabet backwards. Later, what interested me more than words was events: Nabbing a front row seat at the circus.

As a Communist in my early 20s I thought words had revolutionary power. When I became a Christian at age 26 I realized they had evangelistic power. But I still don’t know whether my primary motive in writing is to glorify God, as it should be, or to go to interesting places, meet interesting people, and be good at something. God can use those selfish motives also.

Some excellent writers develop a good internal editor and can self-edit, so most of the time they only need someone to look over their work and fix typos. They also need an honest person to probe them about thought-o’s, assumptions they’ve made or implications they haven’t thought of.

Most writers don’t have a good internal editor, so they need structural as well as line-by-line help. They especially need someone who will tell them what will move readers and what readers will skip.

People often think online writing is easier because the space constraints of a printed page aren’t a concern, but actually online writing should be more concise: Readers aren’t committed to continuing to read the same way they are when they’ve purchased a book or a magazine.

MO: Yes, Christianity heavily influences what I write about, how I approach the subject, and how I think about writing as partly self-expression but primarily a service to readers. That’s also true regarding editing: As a fallen and sinful person I err often, but I’m very conscious of the question, “Does this glorify God?” Sub-questions are then: Does this help people to approach a problem biblically? Does it introduce them to some interesting person, place, or thing that will help them to see the wonder of God’s creation?

MO: The most important evaluation is of writers: Biblically grounded? Trustworthy? Then the piece: Does it move? Good description, good action, specific detail, human interest, low on the ladder of abstraction? Then the publication: World covers a little of almost everything, but we want to go deep on seven: Life issues, Education, Arts, Poverty-fighting, Family issues, Origins (intelligent design), and Religious liberty. For an acronym: LEAP FORward.

MO: Don’t write about yourself, write about the fascinating world exterior to you, and keep trying to get published even if you get turn-downs: “If you don’t run, you can’t win.” (Chariots of Fire).