Editor Series: Richard Clark Asks: “What Can You Give the World That No One Else Can?”

This year I’m starting an occasional series of interviews with editors. I’ve had the privilege of knowing, writing for, and learning from many fantastic editors in my writing career. In my view, good writers are good because they have good editors. Today I interview Richard Clark, the online managing editor of Christianity Today. CT has meant much to me, allowing me opportunities and a platform to grow as a writer.

Richard is an incredibly gifted writer and editor. Prior to that he helped found and edit Christ and Pop Culture. I have had the opportunity to work with Richard quite a bit over the last few years and have learned much from him. 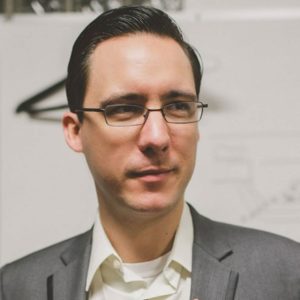 Richard Clark: I became conscious of my affinity for editing relatively late in life – at least, well after I had spent 8 years in higher-education getting theology degrees. But honestly, I should have known. This kind of work has always been a theme in my life. From elementary school through high school I was involved in creating newsletters and “zines.” I had one about saving the whales in elementary school, one about videogames in middle school (It was called “Controller Overload”), a Christian zine in high school, and another in college. I didn’t do super-well in school, but my favorite class by far was English.

This realization didn’t really hit me, though, until I started a relatively successful website (Christ and Pop Culture). I found the whole experience so rewarding, and not even in predictable ways. Yes, I loved refining and improving articles, but even more than that I loved the management aspects of the work. I loved finding voices and getting them out there. I loved making decisions about audience, about what needed to be said, and defining the voice of an outlet.

So in terms of calling, I’m really less interested in words than I am in people, and their respective ideas. I’m obsessed with understanding, appreciating, and connecting people with others through their ideas. For me, it’s about connection and mutual understanding more than anything. This can’t happen without words, but they’re a means to an end, not the end itself.

RC: Because words are so useful, I’ve seen over time the way wrong words can be used wrongly or recklessly to destroy progress, obfuscate truth, and break relationships. I’ve always loved editing, but it took me a while to see the inherent value and crucial role it plays in our society.

It goes beyond preventing writers from saying something stupid. Editors think about – obsess over, really – their particular audience. They agonize over questions like “What do they need to hear? What will help them hear it? What will help our outlet and this writer build good will, and what will squander it?”

Trust is in short supply these days, and we gravitate toward the outlets we trust implicitly. This leaves us seldom challenged and in the habit of writing off those we disagree with. The editor’s value is that he works to build trust with an audience that is stingy with their loyalty (and understandably so). Once I’ve done that, I can vouch for people or ideas that otherwise wouldn’t have the ear of my readers.

It may feel nice to “just say it,” and there’s room for that in our personal conversations. But the bigger the platform, the more competing starting points and constituencies come into play. I don’t really want the writer to have to think about that as much when they’re writing, but I want them to live and think charitably toward their fellow man. Then I want them to say what they want to say, with a little guidance from me. And then if there’s some way we can make that even more affecting or persuasive, we’ll make those changes later.

RC: Christianity Today’s current editorial guidelines were formally re-introduced as “Beautiful Orthodoxy” right before I got here, and they’ve been hugely instructive to me over the last year or so. It’s nothing too world-changing, but it’s been an anchor for me. Is it good, true, and beautiful? Does it reflect God’s love and grace? And is it true?

This is harder to do than you think. It’s insidiously easy to pre-judge or assume the motives of whole swaths of people. Just my understanding of total depravity tells me not only that writers need editors, but that editors need editors too.

All this in mind: grace, grace, grace. I put a lot of stock in my work. Sometimes, too much, too the point where I can overstate my influence over the general shape of reality. But it does matter, and it’s impossible to convince myself otherwise. So when I screw up, or don’t do “enough” (whatever that is) to solve or address an issue, I can be incredibly down on myself.

That’s when I have found it incredibly valuable to remember God’s sovereignty, the reality of God’s grace, and that he uses imperfect vessels to accomplish glorious ends.

Man, I’m glad you asked that question. I needed that.

RC: Are they interested in persuading, rather than merely getting their opinion out there? Are their ideas something our readers need to hear, or are they something they already believe or have heard a million times. If they do already believe it, does reminding them of that truth help?

And, lest I sound too idealistic – will people care to read it? If not, is there a way to make them care?

These answers are vague and broad for a reason. Most of it comes down to impulse. Which is tricky, because my impulses are restricted based on my own perspective and biases. So I try and step out of myself sometimes and emulate the impulses of someone else as much as possible.

My ideal situation is a writer pitches an idea I would have never thought of, and it’s not quite right for CT, but we get on the phone and make it work. Those are really satisfying times.

RC: I’m most shaped by the people I work with. I can’t say enough about the influence of my co-founding partner at Christ and Pop Culture, Alan Noble, who taught me (through general collaborative friction) some of my best editorial instincts. Writers shape me every time. The one’s I’ve been editing for a while have shaped me in major ways: D. L. Mayfield, Martyn Jones, Derek Rishmawy. These are writers I’ve known since Christ and Pop Culture’s early days, and their voices ring in my heads. I haven’t worked with him as much as I’d like, but I’m inspired by someone like Jemar Tisby’s singular, unwavering vision on display via his work at RAAN.

To a lesser extent, I’m shaped by writers who helped me to look at complex, controversial ideas in unexpected, guard-dropping ways: C.S. Lewis, Douglas Adams, Harper Lee, Flannery O’ Conner, more recently Ta-Nehisi Coates. All of those authors are subversive in their own way, often persuading the reader of ideas through seemingly sideways means.

RC: When your editor says “No thanks,” it’s not about you as a writer, it’s about their editorial needs. If an editor gives suggestions for revision, almost always take them – push back only when absolutely necessary. Your editor has an understanding of the audience that goes well beyond what you could imagine. It’s not a question of the editor being better or smarter, it’s a matter of submersion. He eats, drinks, and sleeps his outlet, and he knows what will work for its readers.

Be open to and ready to rewrite. The very best pieces are total rewrites of first drafts. This is a depressing, frustrating reality, every time. But it’s all for the aim of creating something that is great, not just good.

Start with a blog. Then write for small outlets, and gravitate toward ones that edit writers, rather than just publish stuff as is. This will teach you better than anything else. Once you’ve written for small outlets for a while, aim high. You never know when a big-deal outlet might be intrigued by your pitch.

Most of all, ask: what can I give the world that no one else can? What is my unique place as a writer? It will take you a while to figure it out, but stick to it.

Figure out your lane and stay in it. Find a theme (maybe not a topic!) that you are passionate about and that you know better than most everyone else, and explore every angle. Don’t be afraid to be pigeonholed, because as long as it’s not a topic, you can apply that them to almost anything.