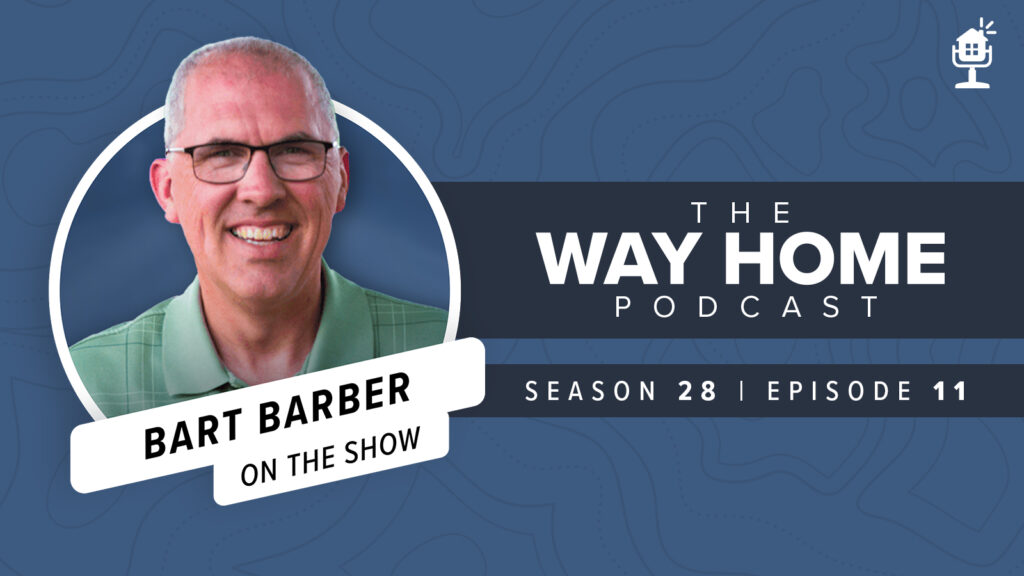 Today we have Dr. Bart Barber joining us on The Way Home podcast. Bart Barber is the pastor of the First Baptist Church in Farmersville, TX and serves as the president of the Southern Baptist Convention. Today we discuss pastoring in difficult times, why Bart feels called to this position of leadership in the SBC, and what makes Southern Baptist theology distinct from other evangelical traditions.

My new children’s book that I co-authored with Bri Stensrud called The Biggest Best Light is available for pre-order!

As we wrap up this year, and if you like what we’re doing here on the podcast, with my books, and at The Land Center, I want to ask you to think about donating to The Land Center through Southwestern Theological Seminary. Be sure to designate your gift to The Land Center by selecting “Other” and typing in “The Land Center for Cultural Engagement,” if the Lord has placed this form of generosity on your heart. I also want to thank everyone for your general support in everything that we’re doing.

Bart Barber Biography: Bart Barber has served FBC Farmersville since 1999 and was elected President of the Southern Baptist Convention last year. Bart has a B.A. from Baylor University in their University Scholars program, an M.Div. from Southwestern Baptist Theological Seminary in Fort Worth, Texas, and a Ph.D. in Church History also from Southwestern. Bart writes occasionally for the SBC Voices blog, and even less frequently for his own blog, PraisegodBarebones, which is named after a 17th-century religious and political figure in London. He is active in denominational life, serving Southwestern, the Southern Baptists of Texas Convention, and the national Southern Baptist Convention.