Editor Series: How reading made Jamie Hughes a better editor

This year I’m starting an occasional series of interviews with editors. I’ve had the privilege of knowing, writing for, and learning from many fantastic editors in my writing career. In my view, good writers are good because they have good editors. Today I interview Jamie Hughes.

I’ve worked with my friend Jamie for many years. She’s the managing editor of In Touch Magazine, a beautifully edited and designed magazine. Jamie is a first-rate editor and a lover of words. 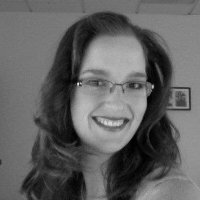 JH: I’ve always enjoyed playing around with words and escaping into stories. I spent more time in sixth grade reading whatever book I had squirreled away in my lap than I did learning long division, so accountancy wasn’t in my future. Thankfully, my favorite classes were literary ones and I was pretty good helping others understand the things we were reading in them, so I decided to become a high school English teacher and adjunct professor. I taught for more than a decade and planned on doing so well into curmudgeonly old age, but God had other plans and moved me into publishing in 2011.

JH: In her poem “Enough Music,” Dorianne Laux says, “Maybe it’s what we don’t say / that saves us.” I can’t help but think that’s what we’ve lost in this era of publishing on demand—the ability to hold words in reserve and share them responsibly.

Anyone can crank out a blog post, hit “publish,” and add to the blather, but truly good writing takes time. More often than not, it’s in the slower, more meticulous period between writing and publishing that the actual work is done by both writer and editor. During revision, sentences are sharpened or softened until they’re just right; other times, they’re removed entirely.

When editing, I often think of the opening lines of Robert Hayden’s “Those Winter Sundays.” He writes, “Sundays, too, my father got up early / and put his clothes on in the blueblack cold,”. The best word—the one that does the most work—isn’t “blueblack” (though it’s mighty fine). It’s “too.” Instead of saying, “My father got up early every day” or “My father got up early each day, including Sunday,” one simple word carries the weight of the father’s life. It tells the entire story in three letters. That’s good writing.

As an editor, I take pride in enhancing a sentence or paragraph or removing whatever is in the way of helping a piece be its best. I try to bring an unbiased, critical eye to something a writer thought was finished and help usher it into its final form. That is exacting, knuckle-cracking work sometimes, but man oh man, is it ever worth it.

JH: I wouldn’t say that I edit in a particularly “Christian” way, but I do strive for excellence with everything that comes across my desk. Whether it’s a cut line for a photograph, an editorial note, a short article, or a feature, the words matter because God can use anything to reach people—even the things we do by rote.

It might sound trite, but Colossians 3:23-24 is a good principle to live by as an editor: “Whatever you do, work heartily, as for the Lord and not for men, knowing that from the Lord you will receive the inheritance as your reward. You are serving the Lord Christ.” When I’m tired and tempted to “phone something in,” I remember that everything I help craft has the power to change a life forever, and that refocuses and reenergizes me. Being an editor of a Christian publication is an incredible honor, and I never want to lose sight of that.

JH: Wow, that’s a huge question! I don’t know that I can answer it succinctly, but I will say that technique and execution are paramount. Ecclesiastes 3:1 is so true: “There is nothing new under the sun.” However, just because something has been said before doesn’t mean it isn’t worth revisiting. That’s why I’m always looking for writers and pieces that say something in a fresh way or compel me to revisit Scripture from a different perspective. We serve the living Christ—the Word who was with God and who was God and through whom all things were made. He is inexhaustibly creative, so there is no excuse for complacency on our part.

JH: I remember publishing a poem about calla lilies in my elementary school’s “literary journal” when I was in fourth grade and seeing my thoughts in print for the first time. I believed my entry was a slice of fried gold until I read a short story, written by an older boy, about a widower in a nursing home crying over a bowl of lumpy mashed potatoes that were inferior to his late wife’s. I read it twice in my bedroom, sobbing uncontrollably, and that visceral emotional reaction made me realize just how much more I had to learn about the craft. I’m constantly trying to recreate that experience—both for myself and for readers.

But that kind of result doesn’t come without an amazing amount of effort. You may not agree with Stephen King’s subject matter or style, but you can’t argue with the man’s work ethic. I read somewhere that he writes at least ten pages every single day—even now—and that discipline has helped him crank out an impressive body of work. If a man with a net worth is $400 million still goes to the salt mines every day, I better darn well do it too. That’s why I try to read a book a week and write and/or edit at least 1,000 words a day.

JH: Read at least twice as much as you write. I say this for two reasons. First, it helps you know what’s already been said, so you won’t waste your time (or an editor’s) saying it again. Second, everything you read informs how and what you write. Read the classics certainly and spend time with great fiction, but don’t limit yourself to the genre in which you write. I cannot tell you how many times a historical fact, a sentence from an essay, or a poetic phrase has informed my work. Having a wide body of information and styles to draw from will make your writing so much more nuanced and rich (and you’ll be way more fun at parties).